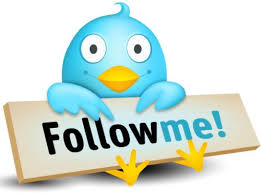 “Twitter is a social network and micro blogging service that allows you to answer the question, “What are you doing?”  Twitter has quickly become an everyday ritual for most of us, an outlet for people to say whatever comes to mind, creating personalities that we realize people we know or know of never had. It’s natural for a human being to think that they are cool but, nearly everyone on twitter thinks they are better than the next person.  Every day I see someone fall victim of trying to fit in, tweeting thoughts or pictures in attempt to draw the attention of others.   What happened to just being you to be accepted?  Okay sometimes things are done all in fun but, when does fun or funny become ignorant, degrading, or just appalling? Too many times I have witnessed women being tweeted about and all of a sudden their name has become bitch, whore, or hoe just because someone is looking to get a laugh and the sad part about it is those tweets are the ones being retweeted.  Then we have these “twitter celebrities” individuals who are overly glorified for most of the time the negative things they tweet; you see them tweeting and being retweeted so much you wonder if they have a job.  These “twitter celebrities” thrive off the fact that someone is finding them humorous or that they have gained another follower by saying yet again something ridiculous.  Although I am pretty sure twitter was created for a more positive use like networking; I see it being used mostly for negative reasons.   It’s crazy how people can let something that does not breathe or have a pulse control their existence. Now I’m not saying twitter should not be humorous or that everything has to be serious but, sometimes you just have to draw the line. I’m going to end with this……..it’s not just twitter, you are what you tweet.

Peedi Crakk On Power 99 w/Cosmic Kev
The Power of Flash Mobs: You Cannot Police Hopelessness and Despair!
What Twitter’s Partnership With Yandex Means..