Traditionally, a summer job is many teenagers’ first experience in the job market. Yet the past decade has witnessed a significant deterioration in the summer job market for adolescents ages 16-19. Despite the persistence of low teen summer employment, and a history of bipartisan support for programs promoting youth summer employment, the issue has yet to receive adequate attention from policymakers.

During the summer of 2000, near the height of the early 1990s-2000 national economic boom, nearly 52 percent of the nation’s teens held some type of job (Chart 1). As a result of the national economic recession of 2001 and the largely jobless recovery of 2002-2003, the teen summer employment rate dropped considerably, falling to 41 percent by 2004.

Over the next two years, the teen summer employment rate held steady despite fairly strong gains in overall payroll employment across the nation that normally would have led to an increase in teen jobs. 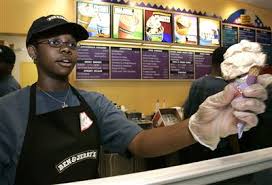 No other age group of American working-age adults has been beset by such a dramatic decline in their overall employment rates over the past four years, or over the last decade as a whole.

As steep as the drop in teen employment has been, it hasn’t fallen on all teens equally. Teen employment rates in the U.S. during the summer months (and on a year-round basis) vary widely across family income groups and race-ethnic groups, with low-income black and Hispanic youth experiencing the lowest employment rates.

Accounting for race shows even greater disparities in summer teen employment rates. The breakdown by race and ethnicity of teens at work in the summer of 2010 shows about one in ten low-income, black youth and between one in seven and one in five black and Hispanic teens from low- and middle-income families.

Yet employment rates over the same span were 40 to 41 percent for white youth in families with incomes in the middle and upper middle income range. This means more affluent white youth were four times as likely to be employed as low-income black youth.

What the data show is that the youth who need work experience the most are getting it the least. This includes young teens ages 16-17, males, blacks, and low-income youth who have been hit the hardest by declining teen employment rates. 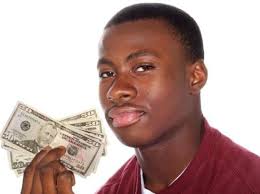 In the past, low-income black youth – those who have seen the greatest drop in employment – were the major beneficiaries of federally-funded summer youth employment programs. Over the past decade funding for these programs has been discontinued by the U.S. Congress with one exception—the 2009 American Recovery and Reinvestment Act.

Not only has the steep drop in the summer teen employment rate over the past decade drastically reduced the number of teens who obtain any exposure to the world of work during the summer months, but it has also considerably narrowed the range of jobs by industry and occupation in which they are employed.

This ongoing national disaster for teen employment has not received any substantive attention from the nation’s economic policymakers in either political party. Only governors, mayors, and town officials are doing anything to help put our nation’s teens back to work.

Investing in summer work experience for teens is an important way to strengthen our nation’s current and future workforce. Combined with opportunities for learning both on and off the job, expanded summer jobs could contribute to an increase in the human capital skills of the nation’s youth with favorable payoffs in both the short and long run.

Click Here to See U.S. Department of Labor’s Bureau of Labor Statistics that Show a 43.1% Unemployment Rate for Black Teens in February 2013