An month after this story takes place.

Next person I decided to interview was Thomas Winchester, Trevor’s best friend. I have only spoken to him on the phone but to see him in person was horrifying. He’s a young Spanish Englishman. His face look as if it was melted off, just seven holes on his head for slits for his eyes, holes for this nose and ears, and an opening for his mouth. He’s in an electric wheel chair that he uses his lungs to move because he only had nubs for arms and legs. As I enter his home with his beautiful wife and children smiling on like they’re puppets but I follows Thomas into his den. Thomas pulled up to his desk and he welcomed me to sit in his fine, brown leather chair. I must admit, that chair was pretty comfortable. He turned to me and says,

I gazed over at him but lowered my stare because I didn’t want to offend him by staring at his mutilated body. I replied,

I said, “Oh great. Before we start, do you mind if I take my recorder out and record your story?”

Thomas says, “By all means, ya are a reporter.”

I reached into my bag to get my recorder to look up and see Thomas staring at me. I didn’t know what to do, so I stared back. He makes me nervous, not because he’s a trained killer, no. I just want to know what happened to him and why. Who hated him that much to mutilate him then let him live the rest of his life like this? Thomas blurts out,

“For fuck sake, stop starin’ at me and jus’ ask what happen’d or Ah kick ya in ya Alberts.”

I utters under my breath as I lowered my stare, “Sorry, so sorry. We can start the interview.”

I place the recorder on the table in front of Thomas as I begin to record his story. I say to him,

“What are some of your vivid memories about Trevor E. Bigglesworth?

Ha, well mate, Eames and Ah were chaps since we were young lads. We grew up in Bristol tagether. Eames was a hot head ever since his father left, fuckin’ wanker, his pops. We always had each others back no matter what. The day Ah knew he was my mate for life was the day he graduated frum Oxford at eighteen and sum Yanks approached ‘im ‘bout workin’ for ‘em. He would only accept on three conditions, the Yanks build his mum a new ‘ouse in the country side, put Asia through college, and if he’s gonna work for the Yanks Ah have to work wit’ ‘em ta. It was a risk but Eames always knew what he was doin’. He played life as if it was chess. The Yanks were jus’ ponds bein’ set up ta protect the king. The Yanks accepted ‘is demands ‘cuz they seen ‘im as two things, the next Einstein and two, if not monitor correctly the next Hitler, Osama, and Suddam all in one person. Ha, Eames is a real cuppa greezer. The Yanks flew us ta the States the very next week— 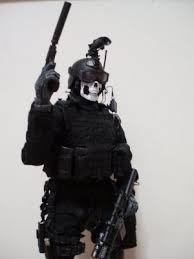 I quickly interrupted Thomas as he was speaking.  I think he gave me an angry stare; I am not sure through his eye slits. I asked him,

Thomas says, “Um…Um…Dammit…It’s on the tip o’ my brigham young…YES, that’s it! The Central Intelligence Agency.”

I then say, “Interesting, I never heard about Trevor or you on the C.I.A’s payroll.”

Thomas says, “Cuz we were black-ops, gov’nor. We were the guns o’ United States.”

I interrupted Thomas once more by saying, “One more question before you start the story back up again. How did you become mutilated?”

We digress, the Yanks trained us hard for six months straight and another six months wackin’ mobsters, drug dealers, and domestic terrorist. We when on many missions over the months; we ‘ad a solid team. A team o’ seven, me as the get away driver; Ah could drive anything, planes, trains, boats, tanks, whateva. Ya put me behind a wheel and Ah drive the fuck outta it. There was Cap’n Robinson, our field leader, a real tadger. Real uptight guy, he liked to play it by the books. Bobby ‘are, the fastest man alive; he was the recon guy. He could plant twenty bombs under four minutes, true story. Davey Boy, stone cold Iraqi, he was the toughest bloke Ah ever met in my life. Beau, he was the coldest Frenchmen Ah ever met as ya and Ah know the French are sum cunt ‘airs. He was our face man, he knew ‘ow ta infiltrate inta any organization. ‘awk was our sniper, he could ‘it a grape frum five hundred feet. He was a South African ex-child soldier. Then there was Eames, the brains o’ the whole team. Our last mission was ta kill Saddam and take sum o’ ‘is biologic weapons. The U.S. wanted ta ‘ave the type o’ weapons that could kill countries. Big shit! It was zero three ‘undred ‘ours, two thousand three, February, Ah airdropped ‘em inta Baghdad. Eames told me the team invaded Saddam’s home cuz Saddam didn’t trust anyone therefore he kept all ‘is weapons wit’ ‘im. The team killed their way silently ta Suddam. Once they got ta his room the cunt ‘ad two lil lasses in the bed wit’ ‘im, fuckin’ perv. Robinson took the girls hostage and threaten ta kill the girls if Suddam didn’t tell ‘im the code ta ‘is secret room for the chemicals. Suddam told ‘em ta kill the bitches, ‘is words not mines. So Robinson killed ‘em both. Suddam, that heartless bastard didn’t finch. Still silent, so ‘awk shot ‘im in the knee, not a peep frum Suddam. That bastard was the devil ‘im self. So Eames whisper’d sumthin’ inta Suddam’s ear and then Suddam start cryin’ like a baby. ‘Til this day he will not tell me what he said but it got results. Eames loaded all the formula, chemicals, and the strands in this nitrogen box. Eames smirks at Robinson and said ta ‘im, “Good job, Cap’n.” And then he padded ‘im on the back. As Eames walked away from Robinson draggin’ Suddam by his arms; BOOM! Eames put a small charge on Robinson’s back. Robinson’s body was jus’ a bloody Rorschach after the boom went off and in that small time frame o’ shock and awe frum the team Eames shot each member in their head. Killed ‘em all under a minute and he got the chemicals and Suddam. As he walked through the hallways of Suddam’s home he put charges on all the walls as he dragg’d Suddam. Suddam yellin’ at Eames that he’s not gonna make it outta Baghdad alive. Eames just smirked, he was fearless cuz he had plans for each back up plan and for each fuck’d up moment. He is totally a genius, do ya hear me, gov’nor, a genius! He came ta the roof where Ah was waitin’ in the chopper still draggin’ Suddam. As he was gettin’ inta the chopper Saddam’s soldiers came out ready ta shoot ta kill but Eames used Saddam as a shield. As we begun ta ascend ta the air Eames begun ta laugh at the soldiers as he was shootin’ each one in the forehead. He was like a school yard bully pickin’ wit’ the weak kids. When we climbed at a good distance he push’d the button on the trigger and the whole house wit’ soldiers on the roof blew up like fireworks. It was beautiful, all I could do was laugh cuz we came in wit’ our plan and executed it wit’ grace and sublime. Eames whisper’d inta Suddam’s ear, “U.S. is cummin’ frum ya, gov’nor. Ya ‘ave been warned.” He pushed him out of the chopper onta a roof below. We pretty much killed two bird wit’ one bullet.

I slowly glanced up in horror of his story and the amusement he got out it and asked him,

“Doesn’t that make Trevor a terrorist as well?”

Thomas’ smile disappeared and turned into a look of rage. He sternly says to me,

“You people are so quick ta call a person a “terrorist.” Eames is not a terrorist. He is the reason that ya able ta sleep in ya king size bed at night. He is the reason ya buyin’ ya five dollar coffees in the mornin’. He is the reason that there is still sum freedom in this world. He’s far frum a terrorist, he’s a utopian. He ‘as a sublime plan ta gives us a beautiful world. The only way this world can be beautiful is for ‘im ta get ‘is ‘ands dirty and kill the “real terrorist” like the C.I.A., Interpol, Mahmoud Ahmadinejad, U.S. capitalism, Kim Jong Il, or future Saddams and Hitlers. He’s a beautiful man once ya get ta know ‘im. In ‘is plans, the only way there can be peace is for all the world leaders,  rulers of social class, and economism dictators, all need ta be decimated. That’s what he’s doin’ helpin’ all the people wit’ out a voice and power ta overcum this hellbent world. He’s our modern day Robin Hood, he loves all but ‘is wraith will be felt by many. That’s what Eames is ‘bout.”

I just stares on at Thomas in awe, I am not sure how to feel about his statement, it’s almost beautiful in a bleak way. I stop the recorder and looks up at him with my jaw to the ground and my eyes wide. I uttered,

“Thank you. Would you have any more stories about Trevor?”

Thomas says, “Many more but Ah need ta use the loo. Ah’ll be right back.”

He begins to roll away as he yells to his wife,

As he rolls away, I thinks to myself, evening Trevor is one of the most brilliant men on the face of this planet or he’s one of the biggest nutjob in history. Whatever he is bottom line, that man frightens me. I sob for the future if Trevor and company are allowed to pretake in it.