Wikileaks: The Economic Reasons Behind The Siege on Gaza 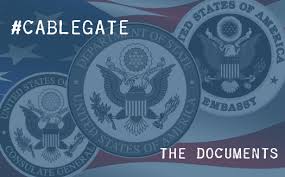 The ripple effects of the Wikileaks documents are still being felt, but until recently Israeli officials continued to boast that the documents were ‘good for Israel’.

As opposed to the way the Palestinian Authority (PA) was portrayed in leaked cables, leading to scandalous revelations, for a while Israel suffered no such scandal from the documents pertaining to its conduct. Israeli Prime Minister Benjamin Netanyahu even came out in support of the leak of the papers, suggesting that the documents can do no harm to Israel’s foreign policy.

He spoke too soon. More recent cables have provided unflattering revelations about Israel’s policies in the Gaza Strip, quoting Israeli officials spelling out their attempts to keep the Gaza Strip on the brink of humanitarian catastrophe. They have also described how corruption is rife at the checkpoints through which goods are brought into Gaza.

Yet this information failed to shock. It was already well-known and widely reported by UN bodies, NGOs, scholars and journalists.

One cable, however, does contain some new information and has so far received no coverage at all.

The cable, titled “Shin Bet Talks Gaza Economics,” was written by David R. Burnett, Economic Counselor in the US embassy in Tel Aviv. It describes a briefing given to Embassy officials by senior members of the Israeli Shin Bet*, on how Israel uses the banking system in Gaza to increase the political influence of the Palestinian Authority (PA) in Gaza, by attempting to starve the Hamas government of cash.

The Shin Bet informed the US embassy that banks in Gaza know that they must neither allow Hamas members to open bank accounts nor have salaries deposited into existing accounts. If the banks disobey, they will lose their stamp of approval from the Palestinian Monetary Authority (PMA), a branch of the PA that is under constant pressure by Israel and the US to prevent any dealings with Hamas members. The Shin Bet expressed satisfaction that the Gaza banking system has indeed been cowed into submission.

Meanwhile, the PA is allowed to continue to pay wages to its employees in the Gaza Strip, thus creating a privileged class in Gaza with reliable income as long as they do not cooperate with the Hamas de-facto government.

While the Shin Bet officers gave no evidence that Hamas uses its budget for terrorism, they did give an interesting breakdown of Hamas’s overall budget. However, considering that this is a Shin Bet estimate, one should take the following figures with a grain of salt.

According to the leaked cable, Gaza’s de-facto Hamas government spends an estimated budget of US$290 million annually, on a population of approximately 1.5 million residents.

The PA’s budget is four times bigger, at approximately US$1.24 billion in 2010. The PA provides services to about 2.4 million residents in the West Bank, as well as covering some of the costs of certain services for Gaza’s residents.

The Shin Bet estimates that Hamas uses US$40 million (13.8% of its budget) for military and security needs, and invests the remainder in administration and civilian projects.

Israel, by comparison, ran a budget of US$96 billion in 2010 (for a population of 7.6 million), and spent 18.6% of it on military and security purposes – so that, ironically, even according to Shin Bet estimates, Israel spends proportionately more on its military than Hamas spends.

The report further elaborates that the circulation of Israeli Shekels (NIS) in Gaza is increasing, while foreign currency supplies are dwindling. This is clearly a direct result of the almost total ban on exports from Gaza (although Gazan merchants may still import certain products) – yet the Shin Bet kept silent regarding the reason for the shortage in foreign currency.

One wonders why Israeli officials feel more threatened by, say, vegetable exports from the Gaza Strip than by imports of materials into Gaza. What possible security justification can there be to keep Gazans from earning their living by exporting products?

The Shin Bet’s argument – and that of the Israeli government – seems to be that Israel should keep Gaza’s standard of living low, because Hamas somehow gains popularity when Palestinians are able to make a decent living.

However, the Shin Bet did acknowledge in their briefing that Israel’s policy is to maintain the predominance of the Israeli currency in the occupied Palestinian territory (oPt). This admission can perhaps shed light on another, undeclared reason for the ban on exports.

* The Shin Bet or Shabak, officially called the Israel Security Agency (previously the General Security Service) is Israel’s secret police, and is directly subordinate to the Prime Minister’s Office.

Shir Hever is an Israeli economist and commentator who researches the economic aspects of the Israeli occupation of the Palestinian territories.